Theme: Victory is to the anointed, to the believer, whose faith conquers the world. (Inspired by Psalm 20 & 1 John 5) 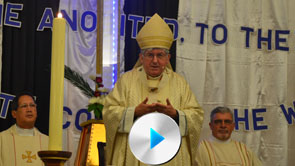 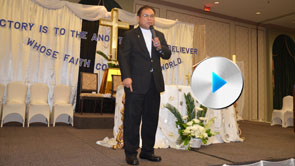 Growing in the power of Christ by Bro. Don . 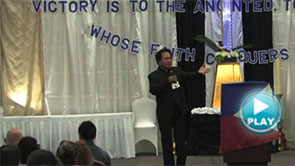 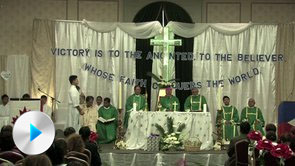 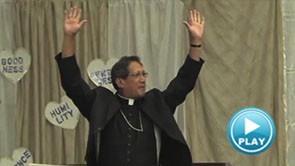 Growing in Holiness by Most Reverend Oscar Solis

"Victory is to the anointed by Bro. Don Quilao

LETTER FROM THE AFCCPC NATIONAL COORDINATOR

Praise the Name of Jesus Christ! Now and forever!

First of all, I would like to congratulate Bro Don Quilao, the chairperson of the AFCCPC Regional Conference in Toronto, and Deacon Bob Rosales, a Spiritual Adviser of the AFCCPC and the FCCCPC(Filipino-Canadian Catholic Charismatic Prayer Communities) and all the members of the Planning Committee and working committees and volunteers, and those workers behind the scenes for making the recently concluded Conference a resounding success. I'm very proud of our Filipino-Canadian brothers and sisters who are very hospitable and very kind to all. I really felt at home with all of them. I could not help but thank the Lord Jesus for His graces and blessings that He poured out upon all who worked and all who came to the Conference. I felt very much honored and humbled to be a participant and to be a part of this Conference. I saw the great enthusiasm and faithfulness of people who attended the Conference. I believe that we, in the AFCCPC and FCCCPC, are truly blessed by the Lord since our efforts to fulfill our Mission and Vision for our organization are not in vain. I could see the fruits of the labor of our brothers and sisters, especially from Canada who spent valuable time and talents and treasures in making this Conference very Spirit-filled and very special indeed. I could see that His Imminence, Thomas Cardinal Collins, Bishop McGrattan, Bishop Oscar Solis and the members of the clergy were very pleased and very impressed of the way the Conference was being ran. Many people who attended the Conference are now planning to come to the National Convention next year in Burbank, Ca., especially after Ging Mangaliman, the Chair of next year's Convention, exhorted them to start planning to attend the 17th National Convention of the AFCCPC. Deacon Bob Rosales and Brod Don Quilao are now organizing groups to come to Burbank next July 2013. Special thanks also to Sis. Dory and Brod Mindo Isidro who manned the Hospitality Room with a sweet smile on their faces and who made sure that the guests were fed good. Thanks also to Brod Rick and Sis.Teri Gutierrez, who spent their valuable time in showing Bishop Oscar Solis, my wife Chita and me Niagara Falls and the beautiful city of Toronto after the Conference. I know that Brod Don and some people were also involved in the planning of our activities after the Conference. Thank you all for your thoughtfulness and kindness.
Allow me also to take this opportunity to announce the AFCCPC National Election results. The elections were held last Friday evening, Sept. 7, 2012:
Bob Canton -- National Coordinator
Delia Tabasa --National Treasurer
Pablo Malana--National Auditor

Members of the Board:

Congratulations to all who were elected to serve the AFCCPC as Officers in the next four years.
Dr. Caparros was elected to take the place of Atty. Gus Mora, who is very busy studying to become a permanent Deacon for the Church.
On behalf of the AFCCPC, I would like to thank Gus Mora for his great services to the AFCCPC as a Board Member for the last four years. Atty. Mora, however, will stay as a Legal adviser to the AFCCPC. All the elected officers will be installed during the National Convention in Burbank next year, God willing.
Thank so very much for your perseverance in reading this e-mail.
To God be the glory, forever, and ever, AMEN!!
God bless you all and your loved ones.

"I can do all things through Christ who strengthens me."--Phil.4:13 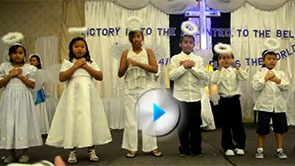 Come as you are like a little children so that the Kingdom of Heaven is yours.

TO ALL MY BROTHERS AND SISTERS IN CHRIST:

Greetings of peace and joy to everyone.

On behalf of the AFCCPC & FCCCPC, I sincerely thank you all for the support and labour you all so selflessly gave for the success of this September 7-9, 2012 AFCCPC Regional Convention. Without your love, dedication, commitment and all-out participation, this Conference would not have achieved the success that it did.
Let us all praise and thank our Lord & Saviour Jesus Christ, who is one with God the Father and the Holy Spirit, for the endowment of gifts & vocation in our communities. May we appropriate all these gifts to the Glory and Honour of God the Father in Heaven.
May the God Almighty continue to bless and sustain you, your loved ones, your communities, and your ministries.
Please communicate this to everyone in your respective Communities/Prayer Groups.
To God be the glory, honour and praise!!!